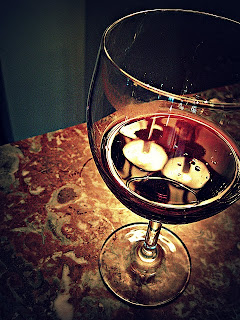 Finally, they met and have the chance being together.

Each being married to someone else, he/she enjoyed their marriage very much, he is handsome, she is elegant with full lips, they met online, because of common interests on music recording, both of them are surprised to realize that, besides their spouses, they actually find room for extra passion.

As they emailed/texted back and forth, with short and sweet messages, they begin to feel pain, the pain of falling in love with someone outside their marriages, the pain that they could not be together.

Now, a business in common make them both in the same city, her face is red like a young girl as he pulled her close to him and plucked his lips on hers. They spent the night in his hotel room, she forgot about her kids back home, and felt very satisfied to be able to attract a man whose intelligence is 10 times higher than her hubby, and whose age is 15 years younger than herself.

Men always hunger for women. She remembered her mother’s advice, yet failed to resist this affair.

“Ding…..”, his phone rings, still holding her in his arms, he stretched his arm and picks up.

“Hello!” He makes his voice calm.

“Dear, I’m perfectly fine. I am about to call you, darling, miss you a ton.” He talks to his wife, who is back at home, hundreds of miles away.

She pushes him away as he puts down the phone.

Men are liars! The thought makes her feel sick being where she is.

But he won’t let her go. His big and powerful body makes her out of breath…again, they did it, under his unstoppable energy.


He took her to fancy restaurants, and toured famous attractions whenever they finish their job by 3pm every day.

They did not take any photo shots, fearing leaving evidence and getting caught.

10 days of romance is about to be over.

Before they depart, he treats her a cup of wine in his hotel room, and had each other one last time…

After each goes back home, she could not reach him any more…his phone number has changed, and his email address blocked hers, and he is gone.


She feels guilty whenever she looks at the same wine cup back home, recalling her time with that guy.

He never gives her his real name.

And she would sip her cup of wine, sigh, and let her tears fall…

She remembers her mother’s words, and writes soulful love songs, for herself, and for all women who share the similar experiences…

She never allowed any other men to know her heart ever since.

I am a new hand at writing romance, please forgive me, this is a fiction. 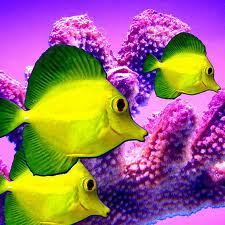 
My poems on Fish:


As yellowish as gold,

That is fluffy, fatty,

If you were a fish, what kind of fish do you want to be?

Happy Fish Wish Day to All!

A-Z Challenge: F is for Fish

Big Tent Poetry:what I I am a Fish
Posted by Maxwell Mead Williams Robinson Barry at 9:27 AM 3 comments: